The subthalamic nucleus: an unexpected critical node in the reward circuit 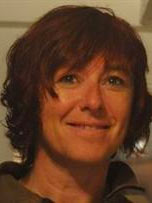 The subthalamic nucleus has been associated with motor functions for a long time. It has however revealed a critical role in frontal functions such as attention, control of inhibition, motivation and emotions. The presentation will focus on the involvement of STN in reward processes. The effects of STN manipulations (lesions, pharmacological inactivation, deep brain stimulation or optogenetic activation or inhibition) in rats, monkeys or human patients suffering from Parkinson's Disease, Obsessive Compulsive Disorders or addiction will be reviewed, as well as electrophysiological recordings of STN activity during performance of reward-related tasks. All these results will converge to suggest this critical structure as a possible target for the treatment of addiction.