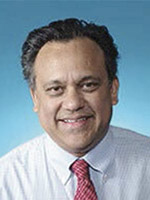 Reward functions can be conceptualized as a neural balancing act, where positively- (hedonic) and negatively- (aversive) valenced feeling states triggered by environmental stimuli are compared to guide ongoing behavior. The convergence of top-down glutamatergic inputs from the frontal/prefrontal regions with bottom-up dopaminergic inputs from the brainstem nuclei occurring at the level of the striatum may be a significant aspect of this neural balancing act.  By supplying sensory information matched to context and valence to the striatal processing hubs, frontostriatal glutamatergic projections guide and shape reward behavior. For instance, water can be more rewarding than sucrose in the context of thirst. Inflammatory activation is an influential contextual variable that reorients reward systems to prioritize healing and survival. Thus, inflammatory stimulation can shift motivational priorities of an organism from a hedonic/activity-oriented state to a withdrawing/inactive-state known as "sickness behavior" - till healing can be ensured. However, chronic, unresolved inflammatory stimulation can lead to enduring reward processing deficits by promoting persisting neurotransmitter dysfunction, functional dysconnectivity, and network rewiring. Accordingly reward processing deficits manifested by clinical symptoms such as anhedonia, apathy, and amotivation are commonly seen states with high chronic inflammation such as chronic medical ill-health, obesity, and some subjects with major depression. In this presentation, we will focus on the link between striatal glutamate (reflecting exaggerated and possibly anti-hedonic inputs from fronto-striatal systems) and reward network pathology in a group of medically-ill and medically healthy depressed subjects with high inflammation. By combining multi-modal neuroimaging data with machine learning algorithms, we will demonstrate that inflammation-associated glutamate dysregulation leads to dysconnectivity of functional networks both within the striatal hub and its connections with the more extensive reward processing network. Therapeutic targeting of inflammation-glutamate associated network pathology and resetting the resulting excitatory/inhibitory striatal inputs using inflammatory- and glutamate-modulating agents will be discussed.