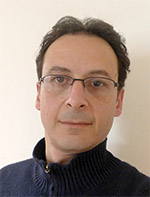 Altered reward processing is a prominent feature of Parkinson’s disease that can manifest over a wide spectrum of behavioural dysfunctions, being either linked to the disease process and/or to dopamine replacement therapy. With regards to the degenerative process, dopaminergic as well as non-dopaminergic neurodegeneration (e.g. serotonergic and noradrenergic) can trigger apathy, anhedonia and depression that will negatively affect the patients’ ability to process rewards through distinct mechanisms (lack of interest and/or motivation, decreased reactivity to pleasurable stimuli, decreased reward value). On the other hand, ifdopamine replacement therapy can reverse some of the reward dysfunctions linked to dopaminergic loss, it can push the patients over the edge and trigger several types of addictive behaviours. Patients treated with dopamine D3/D2 agonists may develop impulse control disorders, which are behavioural addictions such as binge eating, hypersexualtity, compulsive gambling/shopping or punding (a complex form of repetitive and stereotyped behaviours). Those treated with levodopa or short-acting dopamine agonists may also develop a dopamine dysregulation syndrome characterized by compulsive intake of dopamine replacement therapy, drug seeking and hoarding, strongly resembling features of psychostimulant addiction. Importantly, these behavioural side effects of dopamine replacement therapy only affect a subset of patients, suggesting a critical role for individual vulnerability factors. In this presentation, I will discuss how nigrostriatal dopaminergic loss can modify the rewarding properties of several types of dopamine replacement therapy as a gateway for the development of a dopamine deregulation syndrome. I will also discuss how the loss of nigrostriatal dopaminergic neurons leads to various outcomes depending on baseline individual differences in inhibitory control and behavioural flexibility. Finally, I will show how D3/D2 agonists differentially affect impulse control and behavioural flexibility depending on baseline individual differences and dopaminergic loss, thereby highlighting multiple interactions between dopaminergic drugs and individual traits in a dopamine lesioned brain. Understanding how dopamine modulates inter-individual differences in cognitive processes relevant to impulse control disorders is now the next step to decipher the pathophysiology of these devastating side-effects of dopamine replacement therapy in Parkinson’s disease.