Our site uses cookies necessary for its proper functioning. To improve your experience, other cookies may be used: you can choose to disable them. This can be changed at any time via the Cookies link at the bottom of the page.

Sex differences in the reward-related effects of opioids in rats 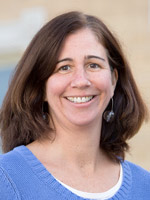 Initial opioid misuse is thought to arise either from a drug’s euphoric effects (i.e. positive reinforcement) or from its ability to mitigate pre-existing negative affective states (i.e. negative reinforcement).  There is clinical evidence suggesting that these initiating factors are, in part, gender-dependent.  The goal of the studies presented here was to rigorously assess effects of acute and prolonged opioid exposure on reward-related function in adult male and female Sprague Dawley rats in order to determine which opioid actions on reward are through positive or negative reinforcement.  We used a variety of behavioral methods including intracranial self-stimulation (ICSS), place conditioning, and intravenous self-administration (IVSA) to assess how the mu opioid receptor (MOR) agonist oxycodone and the kappa opioid receptor (KOR) agonist U50,488 modulate different aspects of reward function.  We found that oxycodone produces similar levels of conditioned place preferences in male and female rats under our conditions, whereas it produced greater suppression of ICSS behavior and is initially less reinforcing in the IVSA paradigm in females compared to males. Interestingly, microdialysis sampling of the nucleus accumbens shell showed greater oxycodone-induced dopamine levels in females compared to males—despite identical brain levels of oxycodone.  Overall, females were less sensitive to the aversive effects of U50,488: KOR activation resulted in a decreased right-ward shift in ICSS thresholds (indicating less anhedonic-like effects in females) and a less robust conditioned place aversion. This reduced sensitivity to the depressive-like effects of KOR activation in females correlated with a reduced ability of U50,488 to suppress stimulated dopamine release in the nucleus accumbens.  Finally, we tested the hypothesis that the reward-related effects of oxycodone depend on prior opioid exposure and withdrawal in males, but not females, suggesting that these manipulations impacted MOR-mediated intracellular signaling and sensitivity to oxycodone to a greater extent in males.  Taken together, there is no one-size-fits-all answer to sex differences in opioid effects on reward function. Rather, the complexity that emerges calls for further and more mechanistic studies, as future treatments for Opioid Use Disorder and mood disorders will best be served by sex-dependent targets.