Dopamine neuron activity and the desiderata of learning 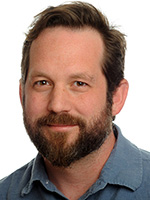 Mammalian midbrain dopamine (mDA) neurons exhibit phasic activity in short bursts of <200 ms in response to reward related stimuli and actions, with 50-90% of neurons encoding the most salient incentive events. This phasic activity is thought to underlie the essential ability of animals to pursue rewarding outcomes; however, little was known about the quantitative changes in mDA activity during novel learning. I will describe a series of experiments conducted by our group that using both detailed single cell physiology in multiple mDA populations as well as simultaneously imaged axonal activity in multiple mDA projection targets longitudinally as mice first learned that a cue predicted a sweetened liquid reward. We have also combined these measurements with calibrated exogenous activation of mDA burst activity to test reinforcement learning models. Our physiology, imaging and perturbation data are difficult to reconcile with an error-based signal that directly updates an inferred value function during novel learning. In contrast, we propose that the causal effects of phasic mDA activity are best described as a teaching signal within a policy optimization reinforcement learning algorithm that optimizes the vigorous pursuit of reward.