Too much sugar at adolescence: brain reward deficits at adulthood 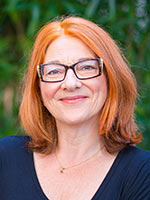 The way rewarding stimuli is perceived evolves across life-time. Adolescence is a period of high sensitivity to rewarding stimuli leading to overconsumption of sugary foods or drinks easily accessible. Adolescence, a transition to adulthood, is also a critical developmental period characterized by major behavioral and neurobiological changes. Interestingly, the dopamine (DA) system, which plays a central role in reward-related processes, presents a delayed maturation during adolescence and may therefore be vulnerable to protracted impact of sugary reward overconsumption. I will present data in rats showing that sucrose overconsumption during the 15 days of the rat adolescent period induces remote behavioral and neurobiological deficits, signing a preclinical “depressive”-like phenotype. I will discuss the hypothesis that an overstimulation of the reward system such as the dopamine one, during critical periods of development might lead to decreased reward brain processing and to hedonic imbalance and might play a role in the etiology of reward-related disorders such as depression.