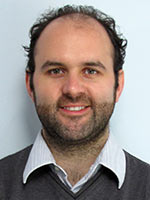 Alcohol use disorders have a high comorbidity with a range of psychiatric conditions, with anxiety disorders being the most common affliction.  One of the challenges in clinical studies is determining the causality of the comorbidity, that is, does heightened anxiety drive increased alcohol abuse, or does alcohol abuse alter anxiety-like behavior.  This is a question that is readily addressed using preclinical animal models.  Our goal was to explore how a history of high level alcohol consumption could lead to persistent changes in a range of threat related behaviors. After six weeks of intermittent access to 20% ethanol, C57BL/6J mice show altered behavior in the forced swim assay, a visual threat assay, and to predator odor compared to water drinking mice. We found that KOR antagonist norBNI could restore stress coping in the repeated forced swim and responses to predator odor. To next determine which DYN/KOR populations may drive these altered stress reactions, whole-brain c-Fos mapping in a transgenic DYN reporter line was conducted to reveal the dorsal bed nucleus of the stria terminalis (dBNST) contained the highest c-Fos interaction between alcohol history and stress. Based on this finding, we locally blocked KOR signaling in the BNST and found that this reversed alcohol drinking-induced deficits in responses to predator odor. We next examined synaptic transmission using whole cell patch clamp recordings of dBNST DYN neurons. IA robustly silenced synaptic drive on to BNST DYN neurons while the combination of IA and stress significantly increased glutamatergic activity.  This increased glutamatergic drive was blocked by in vivo antagonism of KOR, and in slice activation of KOR lead to increases in excitatory drive in alcohol-drinking mice.  Using an optogenetic approach, we identified the mPFC as a potential source of this increased glutamatergic tone in the BNST.  Altogether, this research shows a behavioral representation of an allostatic shift of stress coping after long-term alcohol. The imbalance of stress neuropeptide signaling may ultimately underlie this complex relationship between alcohol and stress.