Our site uses cookies necessary for its proper functioning. To improve your experience, other cookies may be used: you can choose to disable them. This can be changed at any time via the Cookies link at the bottom of the page. 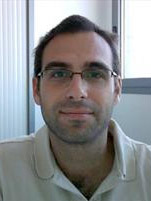 Control of motor actions is a key brain function that determines the survival of animals in their environments. In the striatum, dopamine D2 receptors (D2Rs) play an essential role in regulating movement since D2R ablation induces similar motor deficits as those observed after dopamine depletion. However, D2Rs’ precise contribution to motor control remains unclear, especially in light of increasing evidence that D2Rs are expressed in many distinct cell types throughout the striatum. Here, we addressed this issue by evaluating multiple behavioral tasks after the temporally-controlled deletion of D2R selectively from a striatal subpopulation expressing the Wfs1 gene. Conditional D2R knockout mice displayed discrete behavioral impairments. RNAseq and histological analyses identified hundreds of novel region-specific molecular markers, which may serve as tools to target and manipulate other striatal D2R-subcircuits. Moreover, our translatome analysis revealed specific cellular and functional signatures of D2R-expressing subpopulations for intercellular communication, metabolism, imprinting, and translation, indicating an unforeseen heterogeneity in striatal D2R neurons. Altogether, our results provide anatomo-functional evidence of multiple region-specific genetically-defined D2R cell populations and, by manipulating one of these subpopulations, we revealed a specific role of D2R in digging, an innate motor behavior whose neurobiological substrate was previously unknown.